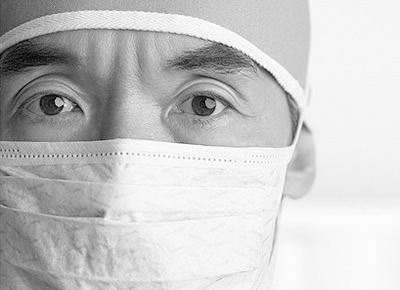 At the beginning of the 90's, Marthe Bosscher came across a relatively large number of patients in her natural-healing practice, who were suffering from health problems, which were for the most part attributed to amalgam fillings. This is easily detected using the Dr Voll method of electro-acupuncture measurement. After diagnosing these symptoms, patients were advised to have their (metal) amalgam fillings replaced with less toxic alternatives and to contact their dentist. Alongside this advice, patients underwent a homeopathic detoxification program. The aim of removing the filling was to stop the long-term poisoning of the body. The detoxification program was designed to accelerate the expulsion of amalgam already accumulated in the body. For a long time, this two-track approach had much success in treating patients with amalgam problems. In 1994, however, the results began to be less successful.


After having initially been declared cured, a number of patients became ill again, weeks or sometimes months later, and more seriously than before. The outer symptoms were tiredness, food intolerances and allergies, and a general feeling fatigue. These symptoms sometimes occurred in combination with diarrhea, muscle cramps and tingling in the fingers and toes.

EAV readings shed no light on the matter. Not only did these patients return with a wide range of complaints, but these complaints could not be cured with the existing homeopathic programs. Referring patients to the dentist for an amalgam replacement also seemed to be having less results. Some patients left the dentists feeling more ill than they had ever felt before.

Meanwhile Marthe Bosscher began research into the sudden failure of her therapy that had been working so successfully for many years. During her research, she concentrated her attention mainly on the materials used by the dentist or dental surgeon, since she had not altered her own methods of treatment or medicines.

Finally, in April/May 1995, it became clear that the group of patients that returned with serious complaints had been treated with the anesthetics, Ultracain™, Septanest™, etc. During follow up research, it appeared that patients treated with Xylocaine™, Citanest™ of Scandonest™ had no problems resulting from their treatment, had subsequently experienced no health problems and recovered better than those treated with Articaine™.

The health problems experienced by patients treated with Articaine™ seemed to fall into two categories:

Neurological problems, disorders of the (central) nervous system. These disorders exhibited themselves as Parkinson's (tremors), ME-type complaints, ALS and MS. Also included in this category are patients with muscle failure and long-term tingling in the fingers and toes.

Carcinogenic problems, cancer symptoms. Mainly cases of breast, prostrate and kidney cancer were detected. Some forms of breast cancer appeared, strikingly enough, 5 to 7 months after dental treatment, whereby women not only noticed that lumps appeared overnight, but that they then grew very fast. This form of breast cancer often seemed to be highly resistant to therapy.

The root cause of both these problems lies, in our opinion, in the use of articaine with patients with butyrylcholinesterase (BuChE) deficiency. The warning given with Ultracain™ in the information leaflet is very clear. It reads as follows:

"Ultracain may not be administered to patients with cholinesterase deficiency, unless there are strict indications for its use. This is due to a possible prolonged working effect of Ultracain in these patients and in some cases extremely strong effects".

It is worth noting that not all information leaflets for articaine products contain such a warning. Septanest™ and Septocaine™, both Septodont products, do not contain such a warning. Furthermore, no doctor can see whether or not a patient has a deficiency of this enzyme. This can only be determined based on a laboratory blood test and this is rarely requested by dentists, general practitioners or medical specialists. Only in exceptional circumstances does an anesthesiologist carry out an enzyme test when a plasma enzyme (butyrylcholinesterase) deficiency is suspected, such as when using certain muscle relaxants during operations, e.g. succinylcholine.

Under "normal" circumstances, the articaine is converted into articainic acid in the presence of a plasma enzyme (butyrylcholinesterase), is further broken down in the liver and finally excreted through the kidneys. Should articaine be administered to patients with no, or defective, enzymes needed for the decomposition of articaine, then the body will look for alternative methods to deal with this substance.

Research is being carried out into how these alternative methods of articaine decomposition take place. However, it is suspected that if plasma enzymes are unable to deal with the articaine, then liver enzymes will do this instead. During this process, it is quite probable that the articaine is broken down into a mutagenic substance, nitrohydroxylamine. If the body cannot tolerate this substance, then cancer can result.

How likely is it that somebody has insufficient enzymes to deal with articaine? According to scientific literature, it may be assumed that 1 in 25 Caucasians has such a genetic enzyme deficiency and is advised to avoid articaine. As a precaution, articaine is not recommended for use on anyone working in close proximity with or using substances that cause liver damage. For example:


Furthermore, anyone exposed to heavy metals such as cadmium, lead and mercury (metal fillings in teeth) is strongly advised to be very wary of using articaine, as the risk of liver damage is also present.